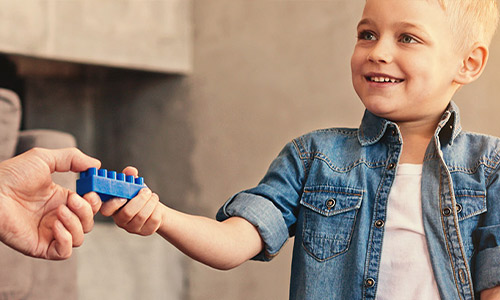 Child custody is one of the most heart-rending issues in a divorce or in a break-up between two parents with a significant other. Frequently, child custody and visitation are one of the most hard fought issues in a divorce because neither parent wants to surrender custody. And, unfortunately, all too often the children become a bargaining tool. Regardless of your personal circumstances, in all custody cases, the overriding concern is the best interest of the child. Because of the concern for the child, in any contested case, a guardian ad litem will be appointed for the child. A guardian ad litem’s role is to investigate and report on the circumstances of the child and to advocate her or his view of the child’s best interests.

In South Carolina, there are several types of custodial arrangements. The first type of custody arrangement is sole custody. In sole custody arrangements, one parent is awarded sole custody of the child, while the other parent has visitation. The second type of custody arrangement is joint custody. Joint custody can mean (i) joint legal and physical custody; (ii) joint physical custody or (iii) joint legal custody. Joint legal custody means that the parents have equal right to make decisions regarding the child. Joint physical custody provides each parent with lengthy periods of physical custody – typically longer than would occur with visitation. There is also a subset of joint custody wherein one parent is termed the primary parent – either primary custodial parent and/or primary legal parent. The primary legal parent has the right to make major decisions regarding their children, but must first consult with the other parent before making a decision.

With respect to physical custody, there are several ways physical custody can be divided via negotiation or by the courts. Our creative attorneys can help you find the best custody schedule for you and your children.

As a last resort, the parties can go to court and allow a judge to determine custody. However, when going to court over custody there is always an inherent risk in that the court will agree with the other party or set a schedule that neither party finds desirable. To avoid the uncertainty that may arise from the family court’s decision regarding custody, the parties should strive to agree on custody and visitation prior to attending court. Regardless of whether you and your spouse, or you and your significant other, are negotiating child custody or fighting for custody in court, the attorneys at Grand Strand Law Group are here to help you.

In certain circumstances, a parent may desire to go back and change a prior custody order. A modification of child custody may be possible but only upon a material and substantial change of circumstances that occurred after the initial custody arrangement. The modification must also be in the best interest of child. Just like initial custody determinations, modification of custody is fact specific – there is no hard and fast rule as to what will constitute sufficient facts to warrant a change in custody. There are certain circumstances however that may lead to a change in custody. These include (i) interference with relationships between the children and non-custodial parent; (ii) the custodial parent ceases to be the child’s primary caretaker; (iii) poor school performance; (iv) changes in relative parenting skills or lifestyles; and (v) immoral conduct that affects the welfare of the child.

Please note that if custody is initially awarded to one parent because the other parent was unfit, that parent’s rehabilitation is required for the previously unfit parent to seek custody. However, the fact that a parent is no longer unfit is not in and of itself enough to change custody. The parent must prove the substantial and material change in circumstance affecting the welfare of the child as well